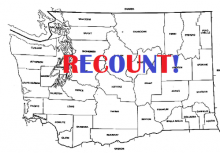 The Gun Club ruled. And while Jeffrey's work during the eighties couldn't match his earlier output, he's still an interesting (and doomed) figure. Never mind some of the commentary here being something other than English...just watch.

Politics in its truest, boldest and most base form: Cash. Time is Money; Money is Power; Moneeeey… It’s a gas… Keep your hands off my stash…(Musical post: listen to this one while you read this post).

This week closes with two important power-moves revolving around the cold hard cash. California, who doesn’t have any, finally agrees with itself on how to spend it and the U.S., who doesn’t really have any either, decides to give $200 million to the Palestinian Authority.

Apparently the Palestinian Authority has a budget crisis so the U.S. is planning to transfer $200 million there. A formal announcement from Hillary Clinton is expected before the end of the day. The administration is framing this as part of a peace-talk preparation, that they are trying to smooth the groundwork so that Israeli-Palestinian peace-talks can resume.

Sounds more like the U.S. trying to get Palestinian Authority confidence and dependence. It’s a lot harder to say no to someone about something when you owe them money, right? This past March Clinton pledged $900 million during a conference in Egypt, so we may just see plenty more before too long.

It’s interesting politics- if we can get the Palestinian Authority to owe us money, then Israel needs us for guns and the P.A. for cash- now that’s control. Whether we have that much control, well, of course I don’t know, but the machinations of power are strong in this one, young Jedi.

And then there is California. I see this headline screaming at me everyday from the bus stops: Budget Deficit Grows, Talks Stalled or something like that. A few weeks ago the state started paying people with I.O.U.’s and their (our) credit rating got switched to a few notches above junk status- so we’ve got that going for us.

Well, this morning the state senate approved a set of bills that will balance the state budget, closing the imposing $26.3 Billion deficit. The state Assembly still needs to sign off, as does Arnold, but for something that has been stalled in a virtual staring and pissing match for weeks, this is progress worth celebrating. And it gives some perspective on the money issues- The Palestinian Authority is getting a $200 million loan, which I assume is at least a meaningful sum. ONE STATE in the U.S. is down over $25 BILLION for ONE YEAR.

California is not in good shape- 11% unemployment, up 4% from last year at this time. This new budget balancing set of bills cuts funding to programs in education and public programs, big cuts, probably when those services are about to be needed the most.

Maybe the Palestinian Authority should consider lending half of that money to California at interest. You loan it to create it- maybe California should do the same- loan money to the folks they aren’t paying and ask for it back at interest. Time to call Silicon Valley- there’s a business plan in there somewhere.

The week ends off with politics in its truest, boldest and most base form: Cash.

Now Dino Rossi can go back to being the business man he's always been and keep himself out of politics. The race was close and had all the makings for another 2004 elections mess, one of the closest elections in the history of the state making Christine Gregoire the winner by just 133 votes of the 2.8 million cast- this after two recounts and an unsuccessful Republican court challenge. But this time was different and Gregoire was the clear winner of the race.  According to this pice from the AP:

"Gregoire declared victory Tuesday night after early returns had her ahead, but Rossi initially said he wanted to see later returns. He later conceded. Late Wednesday, with 64 percent of precincts reporting, Gregoire had 997,468 votes, or 54 percent, to Rossi's 864,360 votes, or 46 percent. Rossi acknowledged that while the results from the election probably will tighten, it won't be enough for him to win."

It was long and dirty campaign fought by both sides and we're glad to see it's finally over.
http://seattletimes.nwsource.com The presidential election is over, but in Washington state the 8th Congressional District is still up for grabs with only 65% of the votes counted. The numbers so far show Republican Dave Reichert in the lead by about 2,800 votes. The re-election bid of Reichert, a former King County sheriff, is being bolstered by a sizable margin in Pierce County, where he was leading by roughly 5,000 votes as of Thursday's count. However, the bulk of the district's votes are in King County, where thousands of ballots are yet to be counted. Burner was leading in King County by 2,000 votes.
http://seattlepi.nwsource.com In Washington State mailed ballots must be post-marked by Tuesday, November 4th.  Most counties in Washington state have an all-mail system, except for King and Pierce counties.  Polling places close at 8 pm, so you srill have time to get out and vote.

We Support
Climate Activism
Click to reach the League of Conservation Voters.
Conversation Processing Intelligence™ beta website!
Click here to visit the hub of the Klat Network.
This site is part of the Klat network of blogs, forums, and communities.